The Political Thought of Houthis Movement 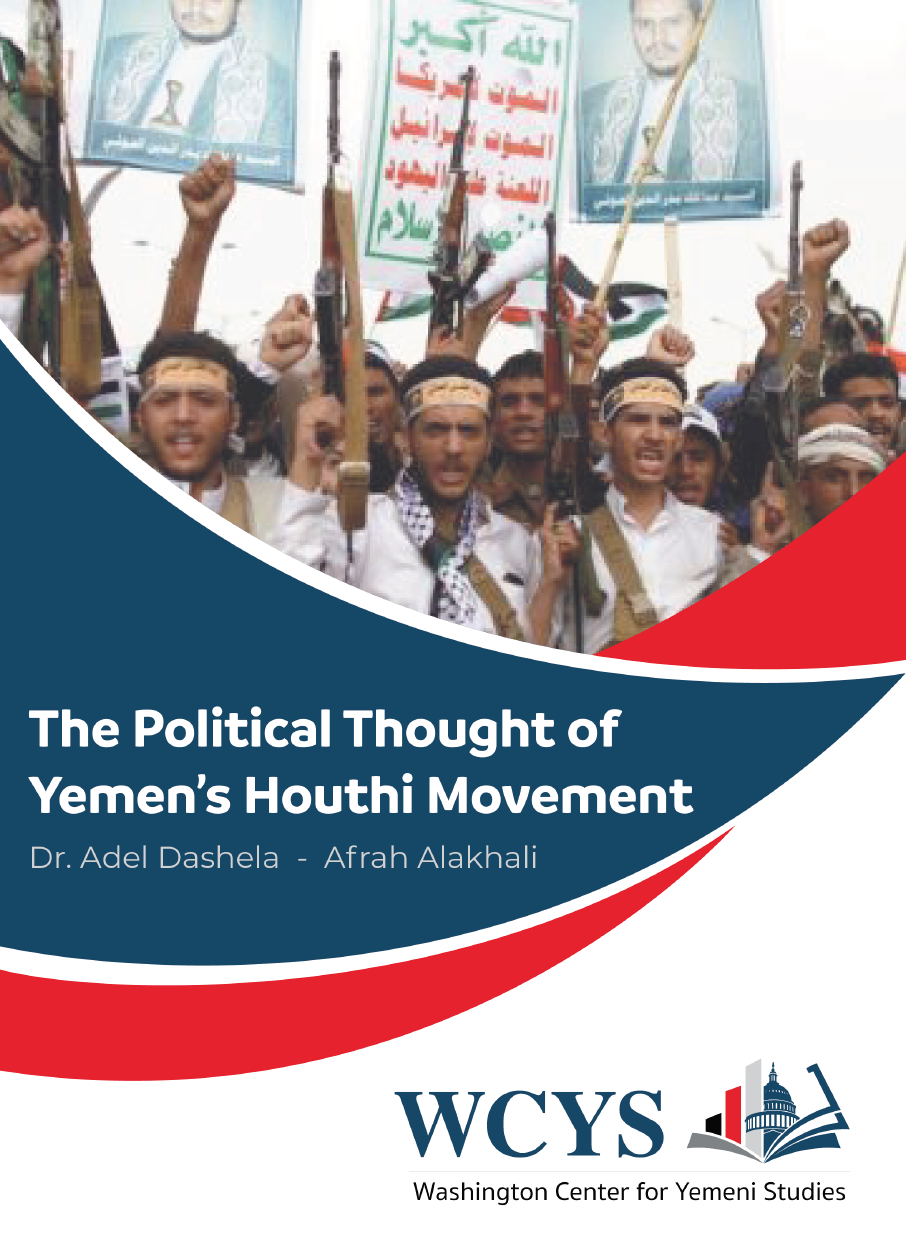 On Wednesday February 3rd, WCYS organized a Webinar to discuss the latest research paper released by the center on ‘The Political Thought of Houthis Movement’ and discussing the consequences of the US designation of the Houthis as a foreign terrorist Organisation. The webinar which was moderated by Ms. Marwa Ghumrawi, a human rights activist, started by a presentation by Ms. Afrah Al Akhali, a co- writer of the paper, showing Death Tolls and Casualty Statistics for the Houthi coup as announced and confirmed by the International NGOs working in Yemen

Dr. Adel Dashela, the writer of the paper, elaborated the key topics in the paper which focus on the ideological background of the Houthi movement and the challenges that impede any peace settlement or deal with the Houthis. These challenges are represented in the theocratic ideology and the divine right to rule and political exclusion of others. Therefore, it’s not a military or political battle with the Houthis but an ideological issue with a radical movement and this should be taken in consideration with any proposal for peace deal with the Houthis


After that, the floor was given to the guest speaker, Mr. Norman Roule, the Former National Intelligence Manager for Iran, ODNI, a Senior Adviser to The Counter Extremism Project and United Against Nuclear Iran. He highlights the relations between the Houthis and Iran which goes back to 1979, when the Islamic Iranian erupted and prospered after the 2011. He argued that the war in Yemen and Arab Coalition intervention was not just a reaction to the Houthis coup in September 2014 and the Iranian expansion in the South Arabian Peninsula but the intervention was to stop a series of provocative acts since 2011. In these years, the Iranian government carried out a series of destabilizing activities throughout the Middle East. Unfortunately, some circumstances helped it penetrating the region and achieve its aims in Yemen including the fragility and weakness of the state at the time, as well as the absence of international actors keen to preserve the Yemeni state. Thirdly, there were a Yemeni minority ready to adopt the Iranian agenda in the region and Yemen and willing to cooperate with it
Replying a question on the role of the Western community about the Iranian intervention in Yemen, Mr. Roule said that the international community has not shown much interest in what is happening in Yemen, especially the training and providing military equipment like armed drones and ballistic missiles, as well as with explosive boats and missiles by Iran. These missile were used to attack Aramco facilities, and we also should not forget that drone that was used in January 2019 in a military parade in Abyan, South of Yemen. He concluded by saying that the new administration must seek to stop the war in Yemen and not neglect the strategic and geographical role of Yemen due to its significant strategic geographic location


Col. prof. David Des Roches, Associate Professor at the Near East South Asia Center for Security Studies, presented his paper “Yemen and Sanctions: Punishing the Innocent, or Incentivizing Hostage Takers?”. His main argument was that the US administration was aware of the humanitarian consequences when designated the Houthis as a Foreign Terrorist Organization and therefore it provided five licenses and exemptions to mitigate these consequences. He emphasizes that the Houthis should be dealt as hostile forces and their slogan “Death to America…etc” should not be denigrated because, according to Dr. Roche, “when a political movement says something, we should believe what they say particularly when it involves threat and violence”


The Webinar was followed by a Q&A session which included many questions to the speakers mainly about the consequences of designation the Houthis as a FTO on any potential peace settlement in Yemen. Dr. Roches said that there will be two aspects of the consequences, firstly this will isolate the Houthis and makes it difficult to approach it and secondly is the economic consequences which will complicate any financial transaction that the movement can make


Dr. Dashela said that the claims of the movement are based on historical and ideological fallacies that they used in their war against Yemenis

The US State Department designated the "Ansar Allah" group in Yemen (the Houthis), a "foreign terrorist organization" after a series of attacks it carried out against oil tankers in the Red Sea last year. The statement added that the ministry would also include three Houthi leaders "on the list of international terrorists," namely Abdul-Malik Al-Houthi, Abdul-Khaleq Badr Al-Din Al-Houthi, and Abdullah Yahya Al-Hakim. It also indicated that the American move against the group would "provide additional tools to counter the activities of the Ansar Allah terrorist group and the terrorism it practices. The US State Department described the Houthis as "an Iranian-backed armed group operating in the Gulf region. "Progress in addressing Yemen's instability can only be made when those responsible for obstructing peace are held accountable for their actions" the statement added


The Houthis, backed by Iran, have seized provinces, including the capital, Sanaa (north), since September 2014. Since March 2015, the Arab coalition, led by the Saudi Arabia, has carried out military operations in Yemen, in support of government forces against the Houthis