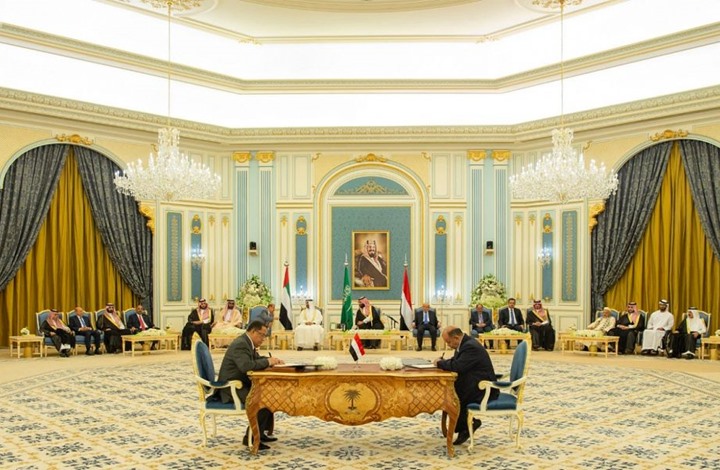 After representatives of the Yemeni government and the Southern Transitional Council (STC) discussed an agreement to resolve their differences in a peaceful manner, Saudi Arabia has called on both parties “to respond urgently.” The two sides met in the Saudi capital on Thursday to resume talks on what is known as the Riyadh Initiative, which Yemen and the STC signed in 2019. It obliges all parties to accept political solutions and end the violence that erupted in Yemen earlier that year. Thursday’s meeting was a continuation of the Kingdom’s efforts to achieve security and stability in Yemen and “to push all parties to accept political solutions instead of disputes and quarrels,” the Saudi Press Agency said in a statement.  Yemen and the STC agreed to stop all forms of political, military, security, economic, social, and media escalation, according to a mechanism agreed upon in 2019 to halt the fighting. Saudi Arabia called on the parties that signed the Riyadh Agreement “to respond urgently to what has been agreed upon, reject disagreements, work with the agreed mechanism, and prioritize implementing the remaining provisions of the agreement.” Saudi Arabia also noted that recent acts by the Southern Transitional Council (STC), including political and media escalation and political and military appointments, were inconsistent with what was agreed upon between the two parties. The Kingdom said that the return of the Yemeni government formed in accordance with the Riyadh Agreement is a top priority. It reiterated its continued support for Yemen and its stability as a country and its its continued support for the Yemeni government led by President Abed Rabbu Mansur Hadi. The Southern Transitional Council had been fighting alongside Hadi’s legitimate government since 2015 against the Iran-backed Houthi militia, which seized the capital Sanaa and some parts of Yemen in a coup launched in 2014. In late 2019, however, the pro-independence STC purged the Hadi government from Aden, its temporary seat of power, following fierce clashes. To help defuse the tension, Saudi Arabia helped broker a power-sharing agreement between the two sides.

Nayef Al-Hajraf, secretary-general of the Gulf Cooperation Council (GCC), called on the parties to respond to Saudi Arabia’s efforts and implement the provisions of the agreement.

He stressed the need to work with the agreed mechanism and give priority to the public interest.

“It is vital to unite the ranks of the various segments of the Yemeni people, prevent bloodshed, and support efforts to reach a comprehensive political solution that ends the crisis in Yemen,” Al-Hajraf said.

The secretary-general praised the efforts made by Saudi Arabia in supporting Yemen along with its keenness to bring the Riyadh Agreement parties together to follow up on their commitments.

The Arab Parliament praised Saudi Arabia’s urgent call for the two sides to implement the provisions of the agreement and stop all forms of escalation. It said in a statement that the call comes as an extension of the Kingdom’s “unremitting efforts and keenness to maintain consensus between the two sides, with the aim of achieving security and stability in Yemen, and unifying efforts to restore the legitimate state institutions and confront the Houthi militia.”