HOW BIDEN CAN HELP YEMEN 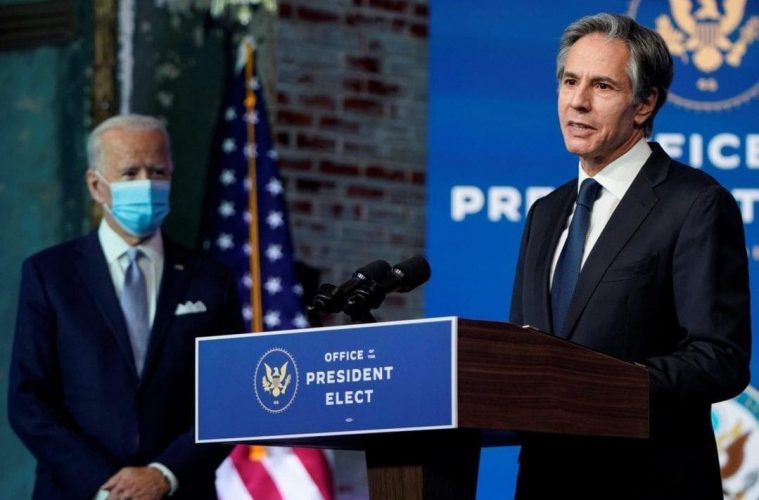 On the campaign trail and in his first weeks in office, President Joe Biden promised to end the conflict in Yemen. Reflecting a  bipartisan Washington consensus, his approach hinged on supporting the U.N.-led negotiating process and pressuring Saudi Arabia to end its active military engagement inside of Yemen. To this end, he quickly reversed an ill-conceived Trump administration move to designate the Houthis as a foreign terrorist organization and appointed Tim Lenderking, a seasoned diplomat well-versed on the Yemen issue, as special envoy charged with supporting U.N. negotiations.

Five months later, though,  negotiations are going nowhere. The military situation on the ground is deteriorating and the humanitarian crisis in the country continues to deepen. Perversely, the very fact that the international community has re-doubled its effort to negotiate  may have encouraged Houthis to think that a military victory is within their grasp.

Biden, to his credit, seems to have recognized the need for a revised approach. The administration has sharpened its rhetoric on Houthi human rights violations and has  taken actions specifically aimed at obstructing their finances and interdicting their arms supply from Iran. Saudi Deputy Defense Minister Khalid bin Salman’s visit to Washington suggests a belated realization that pressuring Saudi Arabia to halt their military operations inside Yemen has had negative consequences for the balance of forces there.

An effective strategy for ending Yemen’s civil war should couple a renewed commitment to pushing back against the Houthis militarily with a new approach to negotiations that draws in a broader cross section of Yemenis and builds on on-going local initiatives. With U.N. negotiations currently in hiatus awaiting the appointment of a new U.N. special envoy, the United Nations and its international partners should reassess their top-down approach. Rather than seeking an end to the conflict based on a bilateral agreement between the Saudis and the Houthis, the United Nations should do more to build on the work that Yemenis themselves are already doing. Washington and Riyadh, in turn, need to persevere in this tragic but necessary conflict in order to achieve a sustainable and just peace for all Yemenis.

Keeping Up the Fight

The Houthi movement, also known as Ansar Allah, represents some, but not all, of the Zaidi Shia population based in the northwest corner of Yemen. In launching its assault on the transitional government of Abdurrabo Mansour Hadi in 2014, the Houthi movement  claimed to be addressing broad popular grievances, including the persistence of corruption in the government as well as deteriorating economic and social conditions. In practice, however, Houthis were seeking to forcibly impose their radical ideology that was widely contested by Yemenis. Despite their participation in the National Dialogue Conference, which  explicitly worked to address Houthi grievances, they refused to accept the outcomes of the conference, launching, instead, the assault on the government that is the basis of today’s conflict.

In June 2021 the Houthis rejected a U.S.  ceasefire proposal and subsequently refused to meet with the U.N. envoy in Muscat. In response, the Biden administration should make clear to the Houthis that the international community will not accept them as Yemen’s de facto government or even the legitimate rulers of a rump North Yemen. To be clear, the objective should not be a decisive defeat of the Houthis on the ground. After years of stalemate, this appears to be unachievable. Instead, the United States should seek to pressure Houthis to stop their expansion and turn to negotiations. The Houthis need to understand that, while they won’t be defeated, they will also be unable to achieve victory. This means that the administration needs to reassure Riyadh that it will support expanded Saudi efforts to block Houthi advances in the currently-contested region of Mareb.

The international community also needs to ensure that a transition and a political agreement will be based on equal rights for all of Yemen’s citizens. Nearly seven years of conflict have  raised new barriers to a secure and sustainable peace. Specifically, the Houthis’ increasingly sectarian outlook over the course of the conflict has produced a counter-reaction among non-Houthis, making it essential that a future government accommodate all communities. The Houthis’ sectarian leanings  morphed from traditional, long-held Zaidi values, which were Shia-aligned but closer in practice to Sunni Islam, into a more militant form of Zaidism aligned with Iranian Twelver Shiism. In addition, claiming that they are descendants of the Muslim prophet,  Houthi leadership believe that governing Yemen is an  exclusive privilege of their bloodline. These radical views have generated a backlash across Yemeni society, including among non-Houthi members of the Zaidi faith  who believe that the Houthis sought to coopt their religion in the pursuit of collaboration with Iran.

With the U.N.-led process currently on hold while the United Nations appoints of a new special envoy to replace Martin Griffiths, this is an appropriate time to re-visit the basic elements for ending the conflict and returning to the political process that was interrupted in 2014. Indeed, Griffiths’  final report to the U.N. Security Council, published last month, starkly outlined the failure of the top-down approach to conflict resolution in Yemen. U.N. mediation has often missed the bigger conflict dynamics in favor of small wins that  contributed to the Houthis’ military expansion.

A new approach to negotiations should do more to engage the broader Yemeni population. While Saudi-Houthi negotiations are encouraging, and certainly a resolution of differences between Riyadh and Houthis can improve the environment for progress, this alone cannot bring an end to the conflict. In fact, an exaggerated focus on the regional conflict diminishes Yemeni voices and experience. As a result, international negotiators have sometimes undermined on-the-ground efforts in dangerous ways. For example, a  prisoner exchange that local mediators were facilitating became impossible when the 2018 Stockholm agreement introduced a separate prisoner swap. The introduction of cumbersome international bureaucratic procedures ended the role of local mediators and delayed the release of many prisoners. In  another instance, civil society groups reported that Houthi authorities arbitrarily arrested civilians during the Stockholm negotiations. In an unpublished interview, Nourna al-Jarwi, the president of the Women for Peace Coalition in Yemen, argued that this was done in part to have more prisoners that could be used to negotiate a more favorable swap.

Fortunately, Yemenis themselves are increasingly stepping forward to promote Yemen-centric initiatives to end the conflict and promote comprehensive peace negotiations. A  recent civil society initiative led by a Yemeni women’s organization incorporates many of the basic principles and components of the U.N. proposals but engages key constituencies including women, youth, tribes, southerners, and others. The proposal was developed through bottom-up consultations with Yemenis in critical, conflict-affected areas, including Mareb, Aden, Taiz, and Abyan. Moreover, the initiative reflects the experiences that women have had on the ground in negotiating prisoner releases and on behalf of detainees.

Empowering Yemenis to End the Conflict

Most urgently, Houthi aggression in Mareb demands an immediate humanitarian intervention and a firm military response from Saudi Arabia. Otherwise, the Houthis will continue violently expanding into other areas across Yemen. Meanwhile, recognizing that the Houthi movement is not a monolith, the Biden administration should engage  competing factions within it, specifically those that favor participation in a political process to end the civil war. By demonstrating incontrovertibly that the military faction cannot succeed, Biden can further empower those who favor negotiations. To this end, the U.S. administration and the international community should commit to sustaining the Saudi-led coalition’s military campaign. This does not mean defeating the Houthi movement. It does mean preventing a Houthi takeover of the Mareb and neighboring al-Jawf governorates.

At the same time, the United Nations and the international community should use the interregnum following Griffiths’ departure as the special envoy to revise its negotiating strategy. There are  a number of local initiatives that have succeeded in reaching agreements on some of the core elements of an eventual peace, including releasing prisoners and ending political detentions. Yemeni groups are hard at work to promote realistic approaches to bring an end to the conflict. The new U.N. special envoy should do more to incorporate those efforts into the broader negotiating process. 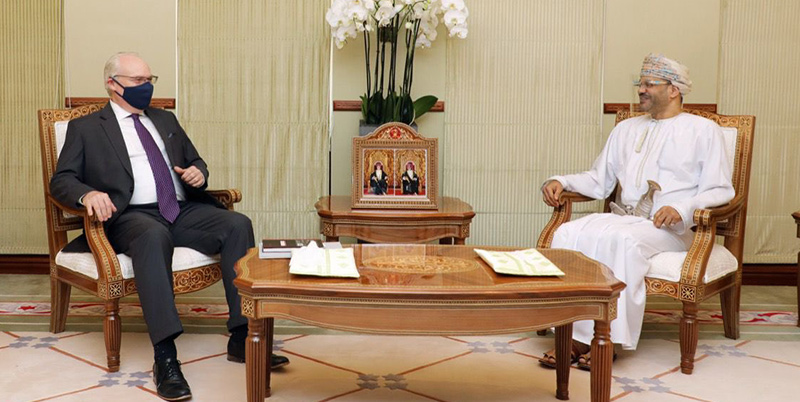 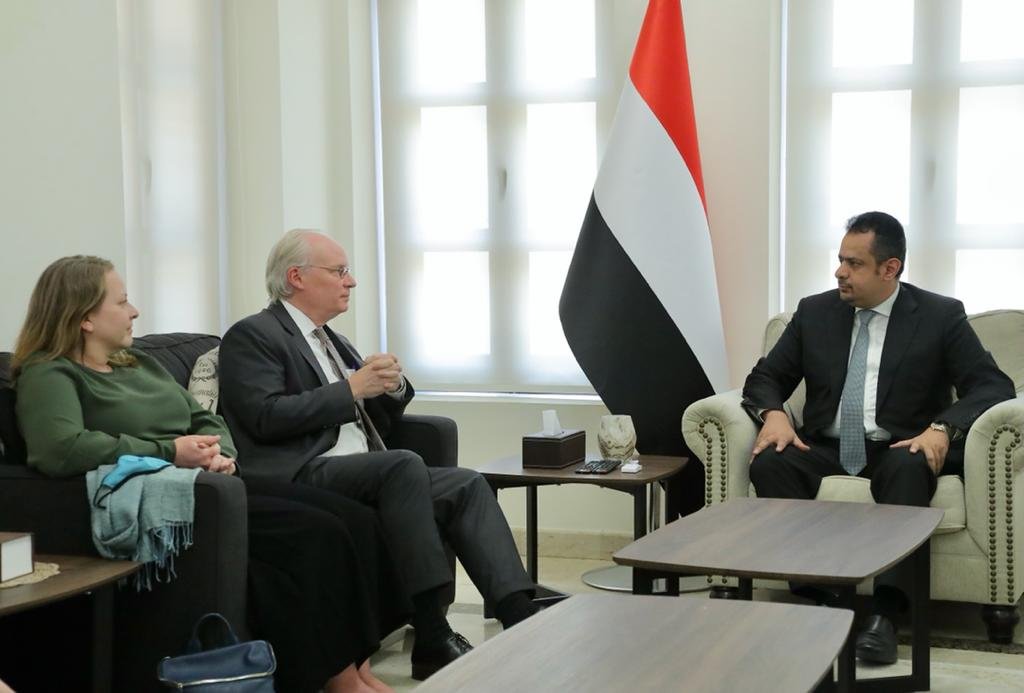 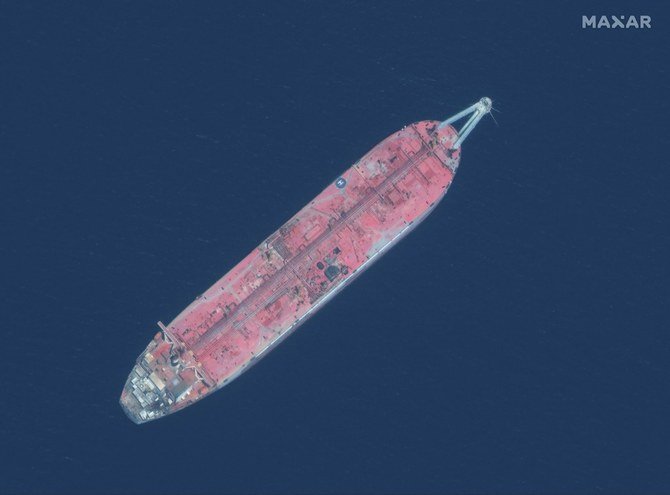